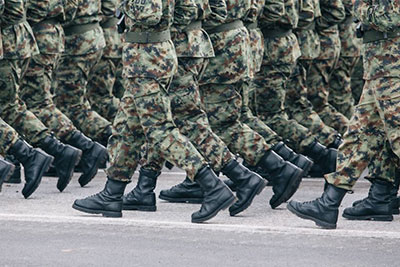 Lately, I’ve been thinking about the story of Mordecai.  His experience is intriguing, to say the least.

He sat in the king’s gate in the beginning of the story, and was too “stubborn” to bow before Haman, like the rest of the citizens, including Jews, did.

The pressure was great to obey the order of the king.  We know that while the king’s authority had been used to issue the decree, it was Haman, the Agagite, who had written it, but they couldn’t have known these things, at that time, so for them, it was the king who commanded it.

Imagine the scene.  Day after day the pressure was on from the rest of those who sat at the king’s gate.  Day after day, the stubborn Mordecai refused – just flat-out refused, and couldn’t be convinced to do otherwise.

The rest of the Jews heard about it, you can be sure, so we can only assume he was getting pressure from inside his belief group as well as outside … a very awkward and uncomfortable place to be.  Everyone believing the right thing to do was bow; Mordecai believing he couldn’t.

When Haman wrote the death decree for all of the Jews as a response to Mordecai’s actions of rebellion we know where all the accusations of “traitor” landed.  If they could have kicked him out of the church they would have, yet, look at what happens …

God has things set up in advance to take care of the emergency.  What an amazing God we see!  What surprises He has to show the Jews.  He is truly all-knowing and all-powerful!

In the end we read:
And a great number of the people of the land became Jews: for the fear of the Jews had come on them.  Esth 8:17 (BBE)

The despised one, the one who caused so much trouble, was elevated to the highest position in the land: next to the king himself, in power, and the converts to Judaism were astonishing!

What a story.  What caution is in it – not to step on someone’s conscience, even if it appears bizarrely different from our own.  Perhaps God, Who sees so much differently than we possibly can, is prompting that person (faulty though they may be) for His purposes.  Perhaps He is calling them to a place of influence that they would never be able to safely occupy except through the struggle that takes place.

We usually like to visualize ourselves as the hero of any story, but perhaps we are the rest of them, instead, trying to keep peace, while there are one or two who appear to be causing an unwelcome stir.  How do we wish the Jews had responded? How should we respond?

May God bless each of you with discernment from Him, and a heart desiring to do His will.

I’m praying for you!